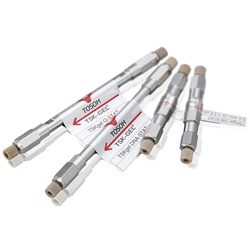 Tosoh Bioscience TSKgel columns for HPLC are used for the analysis and purification of proteins, peptides, biopolymers and low molecular weight compounds. We provide UHPLC columns for many chromatographic modes such as hydrophobic/hydrophilic interaction, ion exchange, reversed phase, and affinity chromatography

For over 30 years TSKgel SW-type silica-based columns have been the biopharmaceutical industry’s standard in gel filtration chromatography of biomolecules.

TSKgel columns are known for their reliability and suitability for a variety of chromatographic applications. The packings in the columns are either silica-based or polymeric-based material, in particle sizes ranging from 2 µm to 20 µm. Columns are available in analytical to preparative sizes, in stainless steel, PEEK®, or glass. 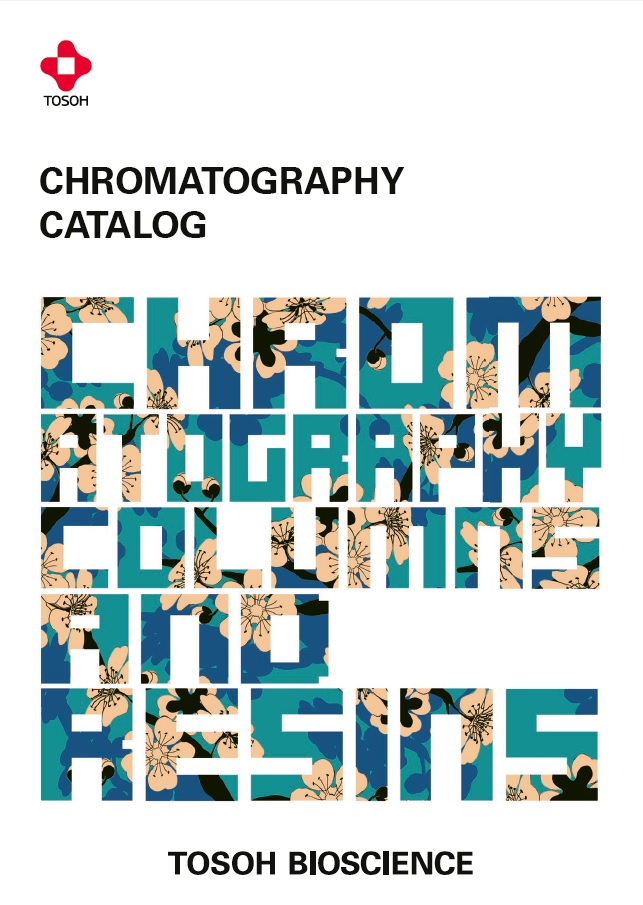 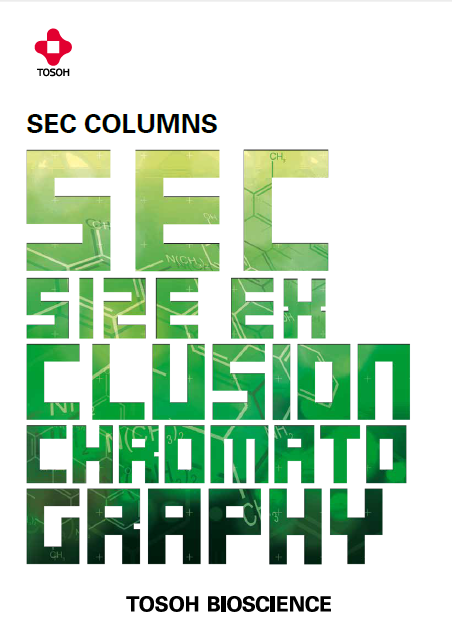 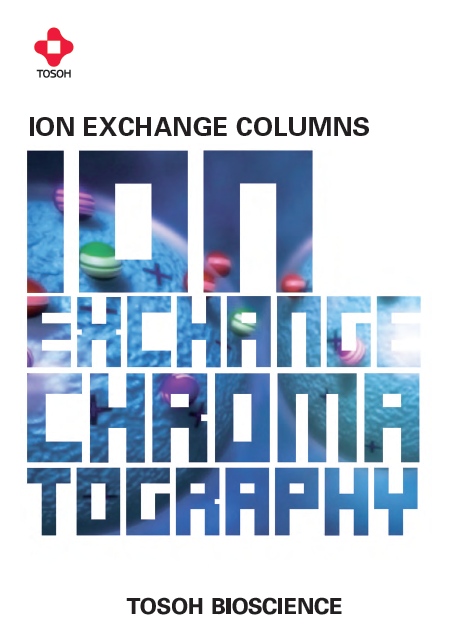 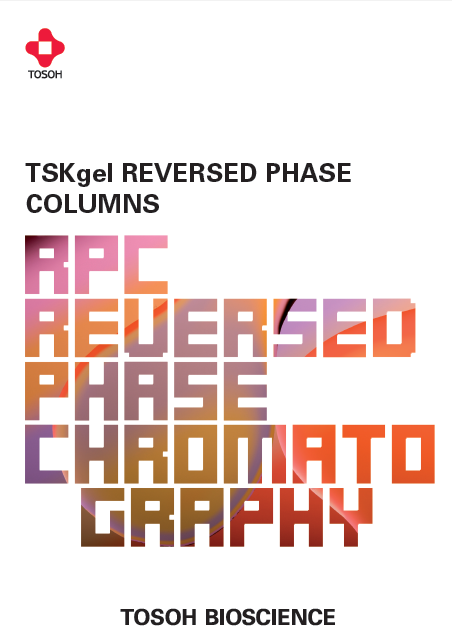 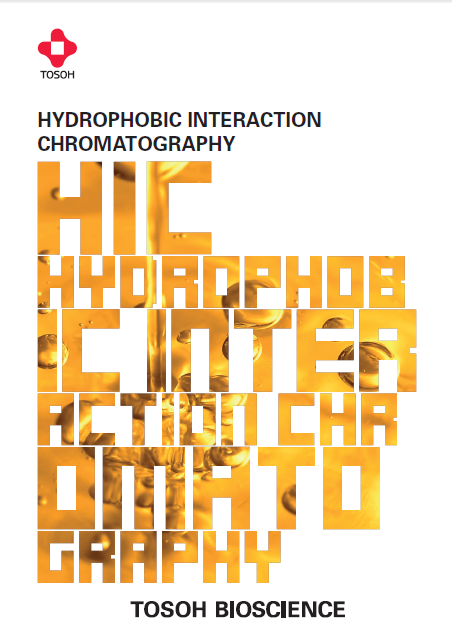 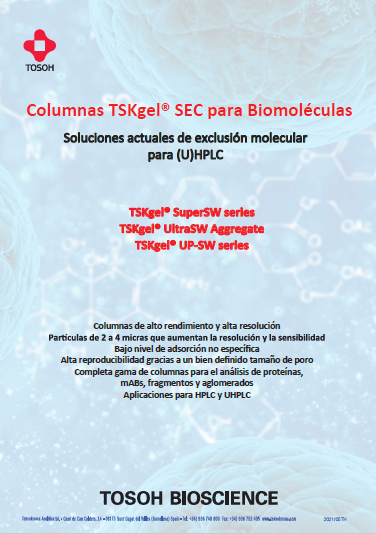 Size Exclusion Chromatography (SEC) separates molecules based on their size, or more precisely, their hydrodynamic volume. It is based on the discrimination of individual sample components by the pores of the packing material. Large sample molecules cannot or can only partially penetrate the pores and elute from the column first, whereas smaller molecules can access all or a larger number of pores and elute later. SEC is the only mode of chromatography that does not involve interaction with a stationary phase by means of adsorption or partitioning of the solutes.
The terms SEC, GFC (gel filtration chromatography) and GPC (gel permeation chromatography) all refer to the same chromatographic technique. In GFC an aqueous mobile phase is used, while an organic mobile phase is employed in GPC. The general term SEC covers both uses.

Separation in Ion Exchange chromatography (IEC or IEX) is based on reversible adsorption of charged solute molecules to immobilized functional groups of opposite charge. Biomolecules generally have charged groups on their surfaces, which change with the buffer pH. Elution can be accomplished by changing the ionic strength or the pH, of which changing the ionic strength by increasing the salt concentration is most common.
IEX is further subdivided into cation exchange and anion exchange chromatography. Anion and cation exchange phases are classified as strong or weak, depending on how much the ionization state of the functional groups vary with pH. A strong ion exchange phase has the same charge density on its surface over a broad pH range, whereas the charge density of a weak ion exchange phase changes with pH, affecting its selectivity, which differs at different pH values.

Reversed Phase Liquid Chromatography (RPC) has become an accepted tool for the separation of peptides, proteins and other biopolymers in the pharmaceutical, chemical and biochemical industries.
Reversed Phase Liquid Chromatography (RPC) separates molecules based on nonpolar interactions and requires a nonpolar stationary phase and a polar mobile phase. Typically the mobile phase consists of a mixture of water (buffer) and acetonitrile, methanol, THF, or 2-propanol.

Hydrophobic interaction chromatography (HIC) is based on non-polar interactions that are induced by high salt mobile phases. Stationary phases are similar to reversed phase chromatography (RPC) but the density of functional groups is lower. A weakly non-polar stationary phase is used with an aqueous mobile phase containing a high concentration of a chaotropic salt.
The technique is mainly applied to the separation of proteins, which are eluted by decreasing the salt concentration or by adding a low percentage of organic solvent. Although also based on hydrophobic interactions, selectivity in HIC separations is distinctly different from that in reversed phase chromatography. Despite the lower peak capacity in HIC compared to RPC, HIC has the advantage that the mobile phase conditions (primarily aqueous) do not usually disrupt higher-order protein structures.

Affinity Chromatography (AFC) offers the greatest potential specificity and selectivity for the isolation or purification of biomolecules. Almost all biological molecules can be purified on the basis of a specific interaction between their chemical or biological structure and a suitable affinity ligand.
In AFC, the target molecule is specifically and reversibly adsorbed by a complementary ligand and immobilized on a matrix. Examples of a complementary ligand include an inhibitor, substrate analog or cofactor, or an antibody which specifically recognizes the target molecule. The selectivity is often based on spatial recognition, a ‘lock-and-key’ mechanism.
The adsorbed molecule is subsequently eluted either by competitive displacement or a conformation change through a shift in pH or ionic strength. Typical molecular pairs are antigens and antibodies, enzymes and coenzymes, and sugars with lectins.
Purification of several thousand-fold may be obtained due to the high selectivity of the affinity interactions. Although affinity chromatography is not specific, in that no enzyme interacts with only one substrate, it is the most selective method for separating proteins.

The TSKgel Protein A-5PW column has been designed for the rapid separation and robust quantification of a variety of antibodies. Monoclonal antibodies from harvested cell culture media can be captured and accurately quantitated in less than 2 minutes per injection. The column can be used for more than 2,000 injections without regeneration or cleaning.

TSKgel FcR-IIIA columns are based on a recombinant Fc gamma IIIa receptor which is immobilized as a ligand on polymer particles. They separate monoclonal antibodies according their affinity to the receptor and enable a fast analysis of biological activity as well as fractionation along with biological activity.