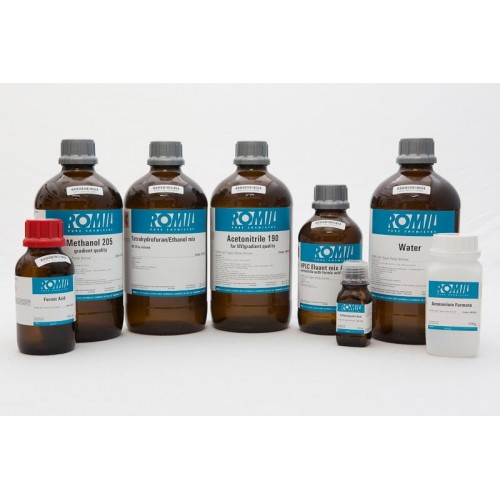 A Part Per Trillion - Like a Leaf in a Forest !

To visualise a part in a trillion, imagine a single leaf in a forest. That's the goal to which ROMIL-UpA™ Ultra Purity Acids and Bases are purified. And when modern inorganic instrumental techniques such as ICP-MS and voltammetry can routinely detect to these levels, trace analysts need the purest reagents available.

To produce these ultra-pure products, highly purified acids are redistilled at sub-boiling temperatures until most metallic impurities become undetectable, even after a 50-fold concentration. However, some elements such as first row transition metals like Cu, Fe, Ni and Zn as well as others such as Al, Ca and Na are so widespread in the environment that they present a real challenge. ROMIL-UpA™ acids presently contain most of these elements well below 50 ppt and research continues with 1 ppt as the ultimate aim.

To ensure that such low levels at time of manufacture are maintained, ROMIL-UpA™ acids are bottled under strict clean room conditions into pre-cleaned Teflon bottles. These bottles have been leached in successively cleaner acidic baths to reduce bottle blanks to negligible levels. Storage tests over a two year period have indicated no detectable changes in concentration of metallic impurities.

All ROMIL-UpA™ acids and reagents are supplied with a guaranteed Certificate of Analysis included in the price. This details the batch results of generally more than 60 elements as determined by ICP-MS and GFAAS.