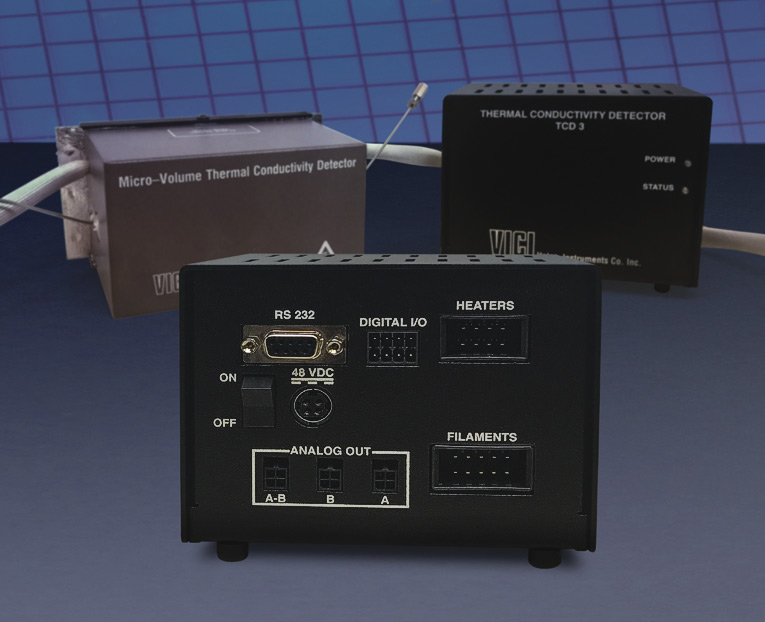 Microvolume Thermal Conductivity Detector (TCD-3)
Now with serial control or user friendly interface and control/monitor program on Windows
Enhanced thermal stability
Smaller, compact controller housing
Like our venerable TCD-2, our new TCD-3 is a dual filament, stand-alone unit consisting of the detector housing and separate controller. However, the analog controls of the TCD-2 are replaced with full digital control implemented via a user interface or command console commands. Thermal stability is maintained in the detector to within 0.010°C, producing a stable, low-noise signal.
The TCD-3 controller generates an independent analog output signal for each of the detector filaments. In additional, a referenced analog output signal is generated by subtracting the output signal of one filament channel from the other. Each of these three output signals is provided in two full-scale spans: a ±1 volt scale and a ±10 volt scale.
TCD control program
The Windows-based control program makes it easy to set parameters such as detector temperature and filament power and to monitor unit perforance.

No record has been obtained.
Filters Clear Filters
No results found